Life in Genova is beautiful. As you can tell from the incredible pictures, this port city is surrounded by breathtaking views. 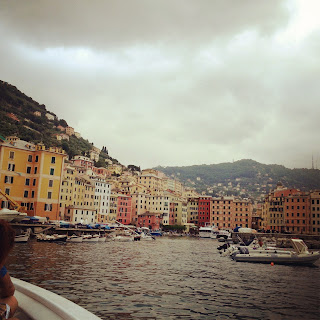 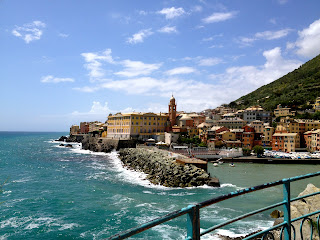 Italy is by far the most beautiful place I've ever been, but don't let the blue waters and lush mountains fool you. The people have no hope. Real Italy isn't as pretty as it appears. The elaborate Catholic churches with amazing architecture are mostly empty on Sunday mornings. Religion is everywhere, but Jesus is nowhere. Except for in Avant's six house churches across the city. Jesus is using the Genova Avant Team to shine His light into the darkness. So far I've only been able to attend two of the six churches or Incontro Con Gesu (Jesus Encounters) but I'm looking forward to experiencing all six. When I say church, I don't mean your typical American idea of church. These churches are small groups of 4-12 people who come together to study the Bible and worship Jesus in someone's living room. Some people are believers, but most are just interested in finding out what Christianity is all about.


Last Sunday night I sat in a too small kitchen in the poorer area of town and ate pizza, studied the Bible, and had a dance party with Romanian immigrants. About twelve of us (6 missionaries, 6 Romanians) crowded into the small kitchen and shared food together. Most of the family are not believers yet, except for their 9 year old boy who just accepted Jesus into his life recently. We studied John 4 where Jesus is speaking to the Samaritan woman at the well. There were two women who were smoking and chatting amongst themselves during most of the lesson, which kind of embodies the Italian's disinterest in spiritual matters. However, there was one 17 year old boy, Ricky, who was listening and taking the passage into consideration. When asked how the passage applied to his life and how his life should change because of it, Ricky said it couldn't apply because he needed a new life. That's when Dustin (one of the missionaries) explained the gospel to him and told him how Jesus can give him a new life. Unfortunately, Ricky said he still isn't ready to give his life to Jesus because he wants to have fun. He also said his friends don't want him to give his life to Jesus because then they won't be able to have fun together anymore. Dustin shared his personal testimony with Ricky and we talked about how God is more interested in our hearts than our "good behavior". When we give Him our heart then our behavior will change, but it's our hearts that He's after.


After our serious gospel conversation, somehow the conversation shifted to salsa dancing and next thing you know the Romanians had turned up the music and were making all of us dance in the middle of the little kitchen. It was absolutely hilarious and completely spontaneous! We were glad that they could see that Christians can still have fun! It was so encouraging to witness God moving in that room. Ricky may not have been ready to let Jesus have control of his life, but he knows that he has a need for God in his life and God is working on his heart.


It was also incredible to sit in a trilingual Bible study. The Romanians speak Italian decently, but obviously it's easier to understand things in your own language. One man read John 4 in Romanian, then Dustin read John 4 in Italian, and then they would discuss the passage in Italian. June and I were the only English speakers, so we had a translator and studied the passage in English. The Lord used that to remind me how big He is. His love and power transcend language barriers, cultural differences, and economic statuses. His love is all encompassing and He created every person on this planet in His image. That's pretty mind blowing. I'm excited to see how the Lord continues to work in the Romanian's hearts. Please pray for Ricky and his family to see their need for Jesus and to be willing to surrender the hearts to Him. 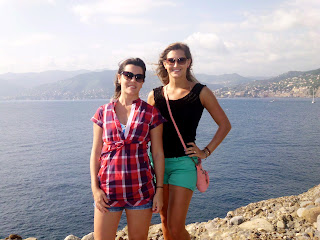 My new friend Andrea and I after we hiked to the place below. 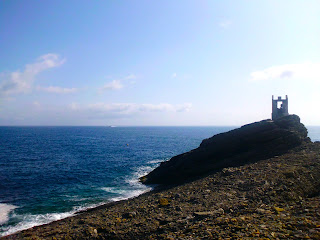 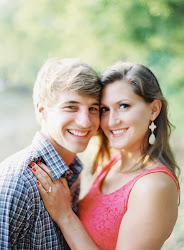